What an amazing year - Thank you!

Gary and I would like to take this opportunity to thank each and every one of you for being part of our journey and wish you a very happy New Year.

With your support we cleared Gary's name of any wrong-doing and highlighted the flawed process of the AHPRA Medical Board of Tasmania.

Thank you for the incredible personal stories you have shared and your continued encouragement in all that we do. Gary and I are determined to keep challenging the 'Plant-Based' dietary and health Rule-Books, because we believe people deserve to know there are options and that food may just be the most powerful medicine of all.

This morning I asked Gary what had been the highlight of 2018. He replied "the unexpectedness of events" of which three in particular stand out:

1) He had hoped the Australian Health Practitioner Regulation Agency's Tasmanian Medical Board ruling would be thrown out eventually, but never expected the decision to come from AHPRA themselves.

2) The announcement of the Dietitians Association of Australia cutting ties with the Food Industry was welcomed with open arms, but completely unexpected!

3) The chance to share the stage together at the Low Carb Universe event in Mallorca, with both of us discussing 4 1/2 years of research openly with an incredibly receptive audience. Holidaying in Spain without AHPRA breathing down Gary's neck for the first time in nearly 5 years was also very special as you can imagine. 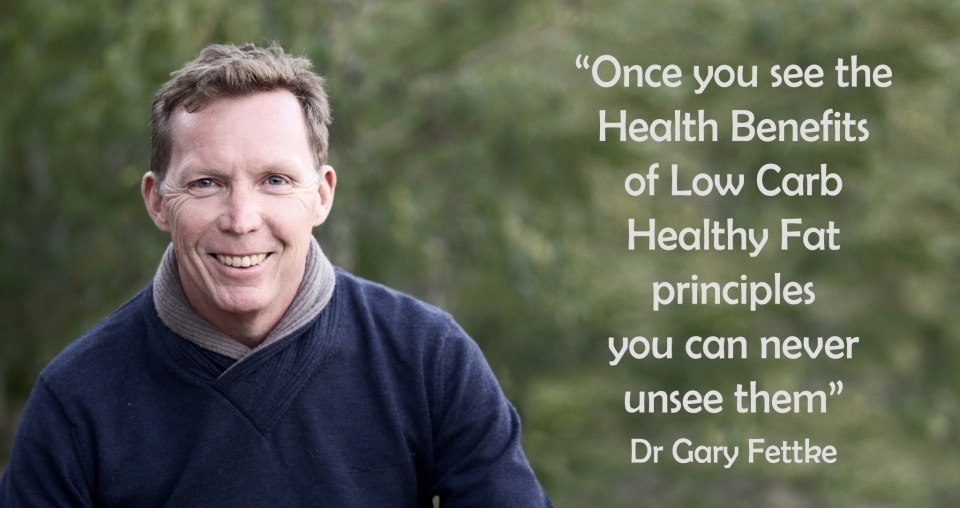 Gary had hoped the ridiculous AHPRA ruling would be overturned in 2018 but never expected it to come from AHPRA themselves. Instead, he had imagined his employer - the Launceston General Hospital
(as part of the Tasmanian Health Service) - would come to their senses and support him in improving patient outcomes. He hoped they would consider the health benefits of reducing sugar and processed carbohydrates on hospital menus, especially for people with Type 2 diabetes. But, it was not meant to be.

Despite Gary signing a 3 month renewal of his contract with the Tasmanian Health Service back in March, at the urging of Tasmanian Health Minister Michael Ferguson, it turns out any reassurances given were simply a publicity stunt a few days out of the State election.

As Gary's 2016 AHPRA determination was lifelong and non-appellable "even if LCHF becomes accepted best practice" he had no other option than to 'appeal the process' through the National Health Ombudsman. After 2 years the Ombudsman requested an independent review from another State Medical Board who threw the entire case out within 6 weeks!

How many more years will the public health system continue to bandaid sick-care, compromising patient health because they refuse to consider updating dietary and health guidelines? When will they help lead our community by example? I am not holding my breath...

The announcement of the Dietitians Association of Australia cutting ties with the Food Industry was completely welcome, but totally unexpected!

I have to wonder if the announcement was done to preempt questioning had the recent Senate Inquiry into Obesity made the 49 documents Gary submitted, public? These documents clearly outline minuted meetings between Accredited Practising Dietitian Leigh Reeves, as Director of the Australian Breakfast Cereal Manufacturers Forum, trading as #cereal4brekkie (who also happened to be on the Executive Board of the DAA for a period of time while in that position) and the CEO's of Sanitarium, Kellogg's, Nestle and Freedom Foods. The documents outline the expectations of the corporate partnership between the Dietitians Association of Australia and the ABCMF implicating DAA members in influencing, protecting and actively defending cereal/grains and sugars messaging! Gary was named as the only medical doctor targeted for Active Defense in one of the documents I originally uncovered online and question as part of my article on why the DAA promote vegan diets but continue to call Low Carb a Fad diet.

Unfortunately, these damning documents were never made public. I plan to write a full article on #wheatileaks soon. 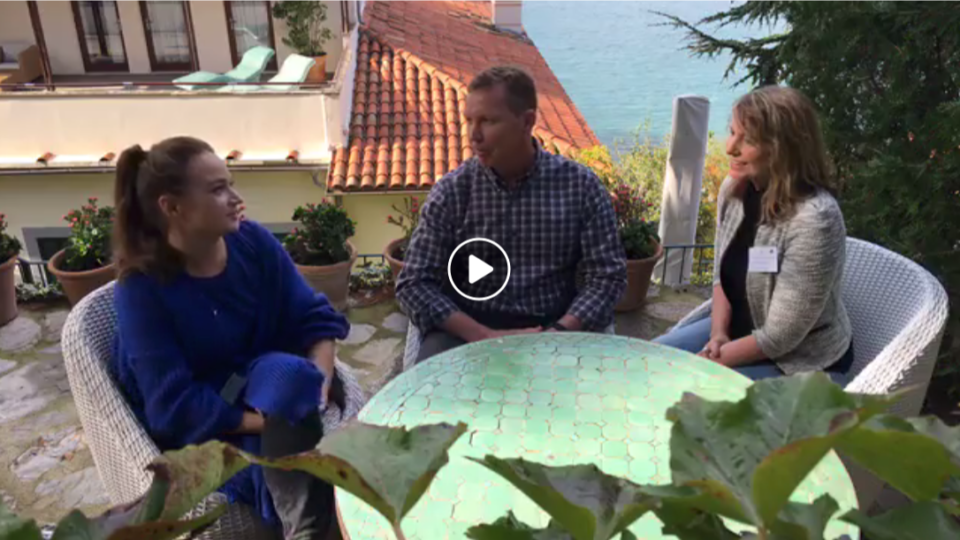 4 1/2 years of research summarised into a talk over 2 sessions and finally written up as an article. I share an in-depth account of the Evolution of the 'Plant-based' dietary guidelines and my hypothesis that they are a legacy of the Temperance Movement. I also outline my concerns about the Seventh-day Adventist Church's Lifestyle Medicine movement partnering with Coca-Cola's Exercise is Medicine initiative as the LMED (Lifestyle Medicine) Collaborative which is currently creating a medical school curriculum teaching future doctors to 'move more/eat less'... MEAT! It is already being trialed in several US Universities and the Australasian Society of Lifestyle Medicine is pushing for it to be implemented in Australia - right now.

Thank you to Hanna and Bitte, organisers of the Low Carb Universe 2018 in Mallorca, Spain. The setting was incredible, invited speakers so inspiring and the attendees of the event were engaged and keen to learn as much as possible. Gary and I enjoyed meeting and chatting to such a diverse group of people, and the food - wow! A perfect way to immerse people in the health benefits of a Low Carb lifestyle.

After our presentations Gary and I were interviewed by the team at Diet Doctor. A special thank you to Emőke Csoma and Jill Wallentin for their patience with a few technical difficulties, including a persistent Mallorcan cat who was interested in our conversation and created a very funny diversion at times.

Ivor Cummins interviewed Gary and I in Mallorca, too. I will share the link when it is live.

I find it fascinating that the Dietitians Association of Australia - the professional body representing dietitians nationally - call 'Low Carb' a Fad diet because people 'reduce and/or cut out sugar, processed carbohydrates and non essential grains' but happily endorse Vegetarian diets and Vegan Diets which also cut out food groups, often significantly more! I have shared the link to the article Dietitians Association of Australia and Fad Diets earlier, but want to let you know that I wrote a followup article titled Dietary Guidelines ... time for a complete overhaul. We need to fix the broken system, not just complain about it :-)

Recently on Facebook I called out the #fakenews headlines regarding TMAO and red meat. It is just more scare mongering by the 'Plant-based' anti-meat movement. Dr Ben Bikman replies. He is one of the most highly respected unbiased scientists in nutrition and I trust his opinion.

News from around the web

Marty Kendall has released his new app The Nutritent Optimiser. Using the core concepts of nutrient density, satiety and insulin load, the Nutrient Optimiser enables you to pinpoint the optimal foods to fine-tune your dietary goals. Who is targeting Low Carb advocates online, trolling and deleting their profiles, sponsoring ads and deleting the health benefits of Low Carb in the management of Type 2 Diabetes from Wikipedia? Thank you for the fascinating expose Marika Sboros and Malcolm Kendrick.

I urge you to read this thought provoking article by Dr Joe Kosterich pointing out one of the biggest villains of our time #bigpublichealth. He makes the comment "We are forever hearing about big tobacco, big food, big pharma, big sugar and big banks. But, which group is funded by government and through taxes, is able to dictate policy, establish guidelines, attack those who question it and never admits when it is wrong?..."

Lastly, I want to share Frédéric Leroy's Twitter Thread on the upcoming EAT Lancet vegan promoting announcement where he discusses the people involved and questions their motives asking "what is behind the "meat tax" narrative?"

Sharing research and news on nutrition with you is important to me - I want to ensure you're getting the most out of the information. Please click the button here to let me know what you loved, what you'd like to see more of, and how I can make the #isupportgary newsletter even better for you.