The National Health & Medical Research Council (NHMRC) is the gatekeeper of Australia’s Dietary Guidelines. The NHMRC is responsible for advising the Commonwealth, State, and Territory governments on health matters. They convene expert committees and are responsible for distributing over one billion dollars in public health and medical research funds annually.

As nutritionist Claire McDonnell Lui points out in the recent Nutrition Coalition article; - “The review of the Australian Dietary Guidelines (ADG), launched in 2020, could be strongly incentivized to endorse the status quo.”  Why? Because eight of the nine members of the Expert Review Panel and all five of the Governance Committee members have either been recipients of previous NHMRC funding, involved in past/present NHMCR committees and/or past NHMRC dietary guideline development and/or reviews.

Most notably, Emeritus Professor Colin Binns, who has served on 16 committees of the National Health and Medical Research Council, including;-

He is an assessor of Grant applications for NHMRC and acknowledges “Hundreds of interviews, media statements, published papers on Dietary Guidelines” and of representing the NHMRC before parliamentary committees in his own NHMRC summary of disclosure.

The only Expert Committee member with no known ties to NHMRC is ‘social sciences based’ with a focus on creating trust. His talk for Food Standards Australia New Zealand Trust - future-proofing the system claims, “I think trust is one of the growing areas that we’re starting to look at FSANZ... it underpins so much of the important functioning of the system itself. Without trust, the system is not going to work, and we know what happens when it falls over”

NHMRC guidelines have historically been shaped by vested interests

The NHMRC isn’t only responsible for Australia’s Dietary Guidelines, they currently have 80 guidelines listed on their website. 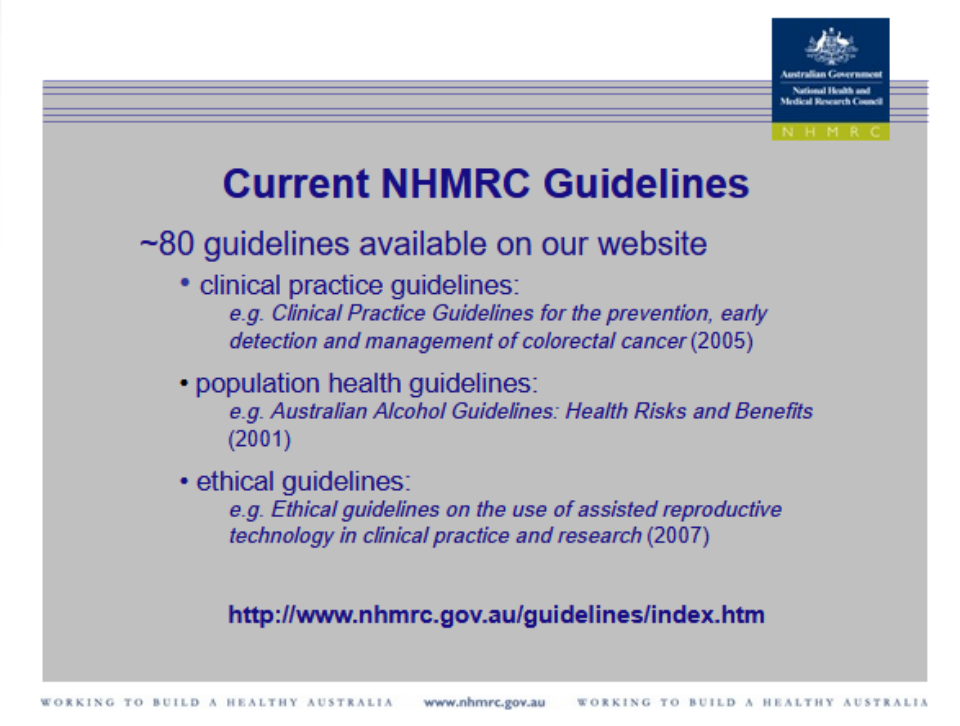 The chairperson of the current ADG Governance committee, Lisa Bero, co-authored a study into the NHMRC’s health database between 2012-2014 and found that 70% of their own NHMRC guidelines included undisclosed financial ties between guideline writers and pharmaceutical companies - especially those related to diabetes and cardiovascular disease.

Is it any wonder our health system is intent on band-aiding sick care? 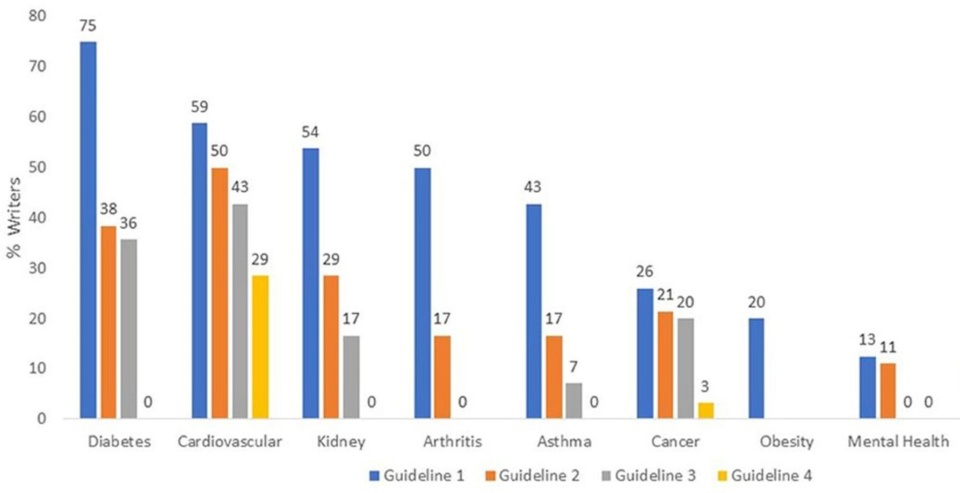 Not only does the NHMRC provide funding for the ADG’s review, but it also poses the questions that all research data is based upon.

Concerningly, the NHMRC wrote biased questions used in the 2013 Dietary Guideline Review, which informed the data set of information accessed by the Dietitians Association of Australia as part of their literature search.

re “Harms of red meat”

Question 6. “Is there a dose-response between consuming red meat… and an increased risk of cancer?”

re “Benefits of cereals”

Question 9. “What are the health benefits of grain-based foods (such as bread, breakfast cereals, oats, pasta, and rice) in both refined and wholegrain forms?”

Where are the questions about the health benefits of red meat (in providing bio-available protein, fats, macro, and micronutrients, including essential vitamins and minerals) and a well-rounded discussion on the harms of cereal and grains (including allergies and intolerances) and questioning their central role in the management of Type 2 diabetes? 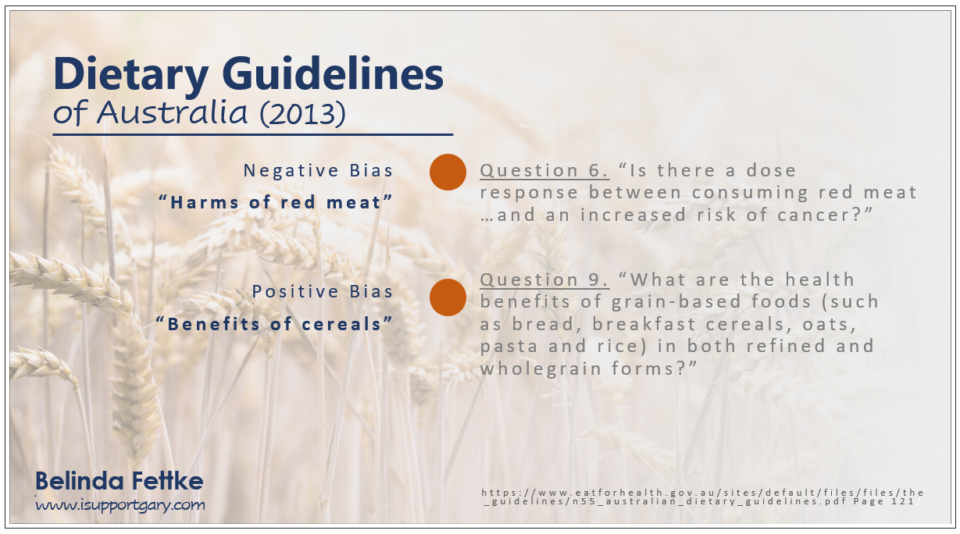 The Australian Dietary Guidelines have a responsibility for formulating menus in;

*The curricula of registered dietitians and other health professionals

The updated Dietary Guidelines must consider current evidence-based literature reviews, which include the health benefits of reducing sugar and processed carbohydrates, and including animal protein and fats in our diet, without vested interests influencing the decision-making by continuing to push the outdated high carb, low-fat, plant-biased messaging.

Maybe we should simplify the dietary guideline message as over 70% of adults are now metabolically compromised, and the Dietary Guidelines are only meant for ‘healthy Australians’! 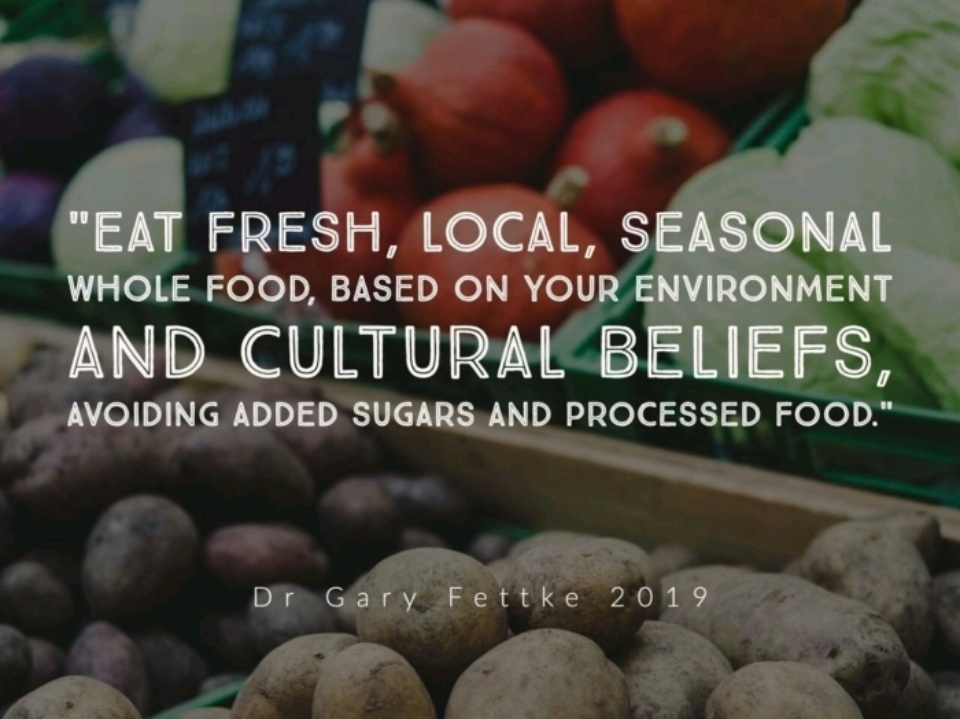