And I am singing it from the rooftops!!

Beyond excited to share the amazing results from a recently published study in the journal 'Pediatrics', highlighting the incredible TypeOneGrit community on Facebook. Described as having achieved "exquisite blood glucose control" by the authors of the study, participants found adopting a very low-carb diet sustainable with support from the group and utilising the diabetes management methods recommended by Dr Richard Bernstein outlined in his book, Diabetes Solution.

Gary has been involved with RD Dikeman and his son, since Dave was diagnosed with Type 1 diabetes in 2013. We are so proud of them and the Typeonegrit group on Facebook that they help mentor.

“I’m excited to see this paper,” Dr. Harlan added. . “It should reopen the discussion about whether this is something we should be offering our patients as a therapeutic approach.” 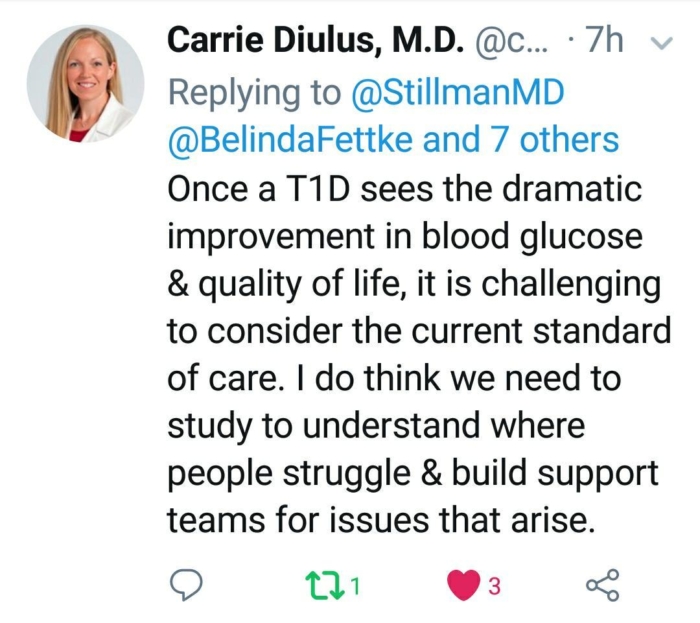 "The standard approach for people with Type 1 diabetes is to match carb intake with insulin. But the argument for restricting carbs is that it keeps blood sugar more stable and requires less insulin, resulting in fewer highs and lows.

"TypeOneGrit has about 3,000 members on Facebook who ascribe to a program devised by Dr. Richard Bernstein, an 84-year-old physician with Type 1 diabetes. His book, “Dr. Bernstein’s Diabetes Solution,” recommends limiting daily carb intake to about 30 grams.

"Dr. Bernstein argues that the fewer carbs consumed, the easier it is to stabilize blood sugar with insulin.

"His plan emphasizes protein intake, which he says is especially important for growing children." 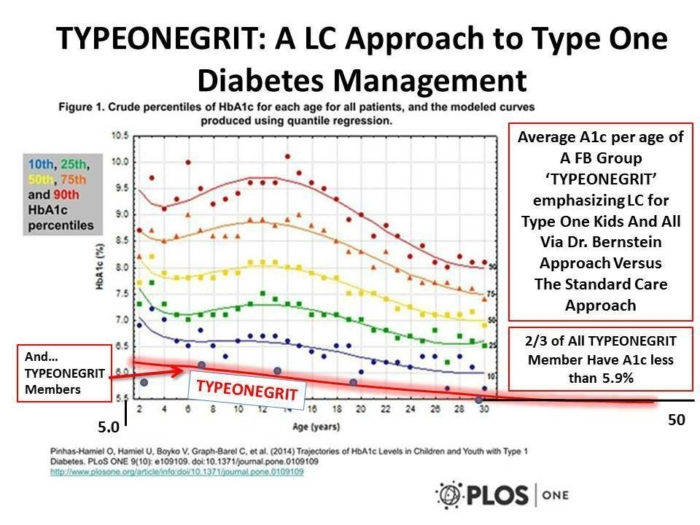 "The most striking finding of the new report was that A1C levels, on average, fell from 7.15 percent, in the diabetic range, to 5.67 percent, which is normal. The rate of diabetes-related hospitalizations also fell, from 8 percent before the diet to 2 percent after, including fewer hospitalizations for hypoglycemic seizures." claimed the study authors.

Just as compelling are the statistics from the GRIT/Harvard study that show 97% of study participants achieved target blood glucose averages, compared with a mere 27% of Type 1 children falling within recommended targets here in Australia noted in the 2015 audit of major paediatric diabetes centres. 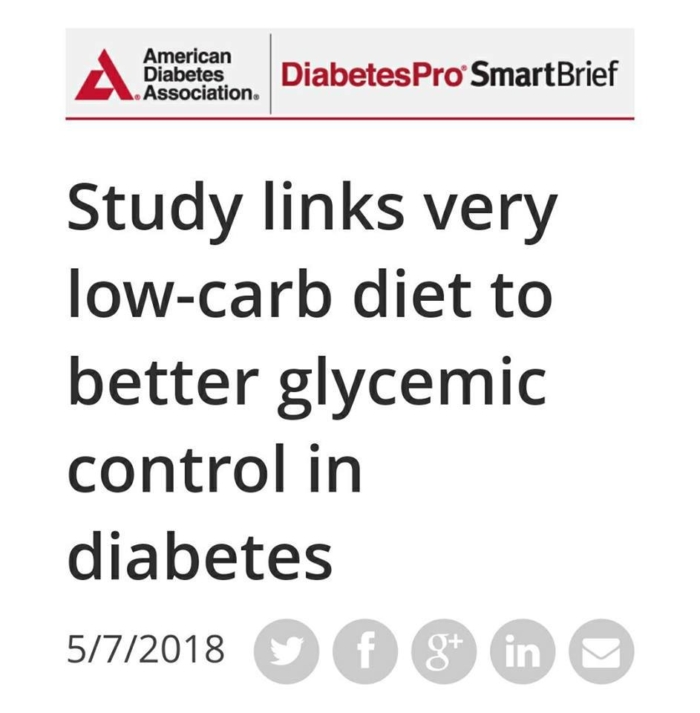 The American Diabetes Association acknowledged the Typeonegrit study, which in itself is quite remarkable.

"The source and amount of carbohydrates consumed affect postprandial hyperglycemia and glycemic variability more than any other dietary factor, providing a conceptual basis for interest in carbohydrate-modified diets for T1DM," Lennerz et al wrote. 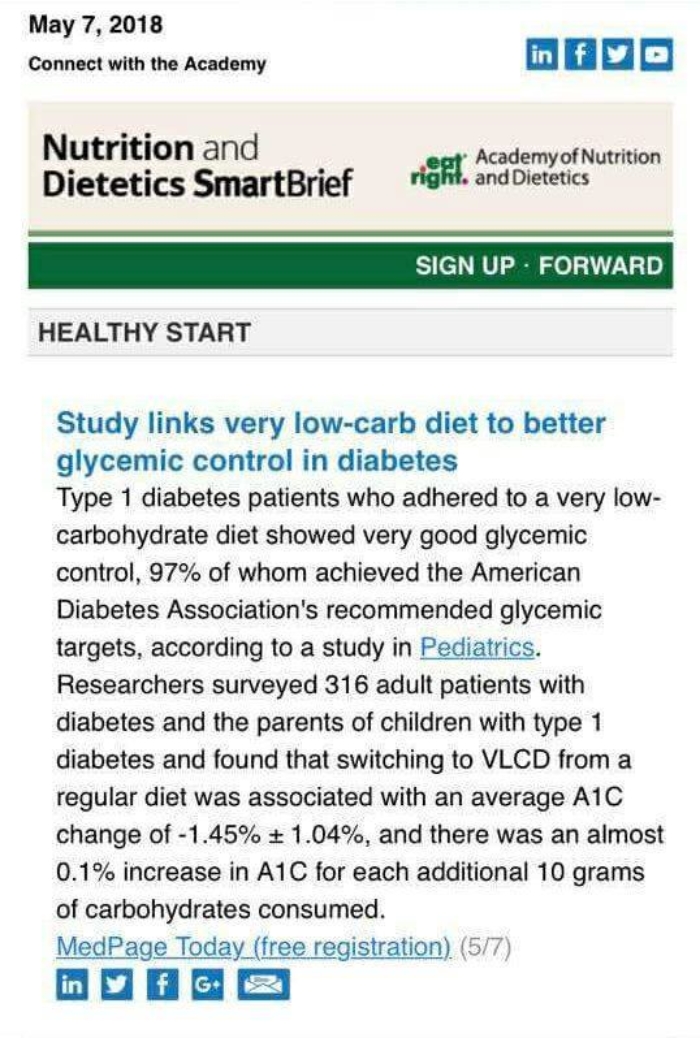 Unfortunately, they forget to include the bit about those in the study achieving half of the American Diabetes Association's A1c target, but putting it out there is better than nothing.

Low Carb management of Type 1 diabetes has "struck a chord" around the world. 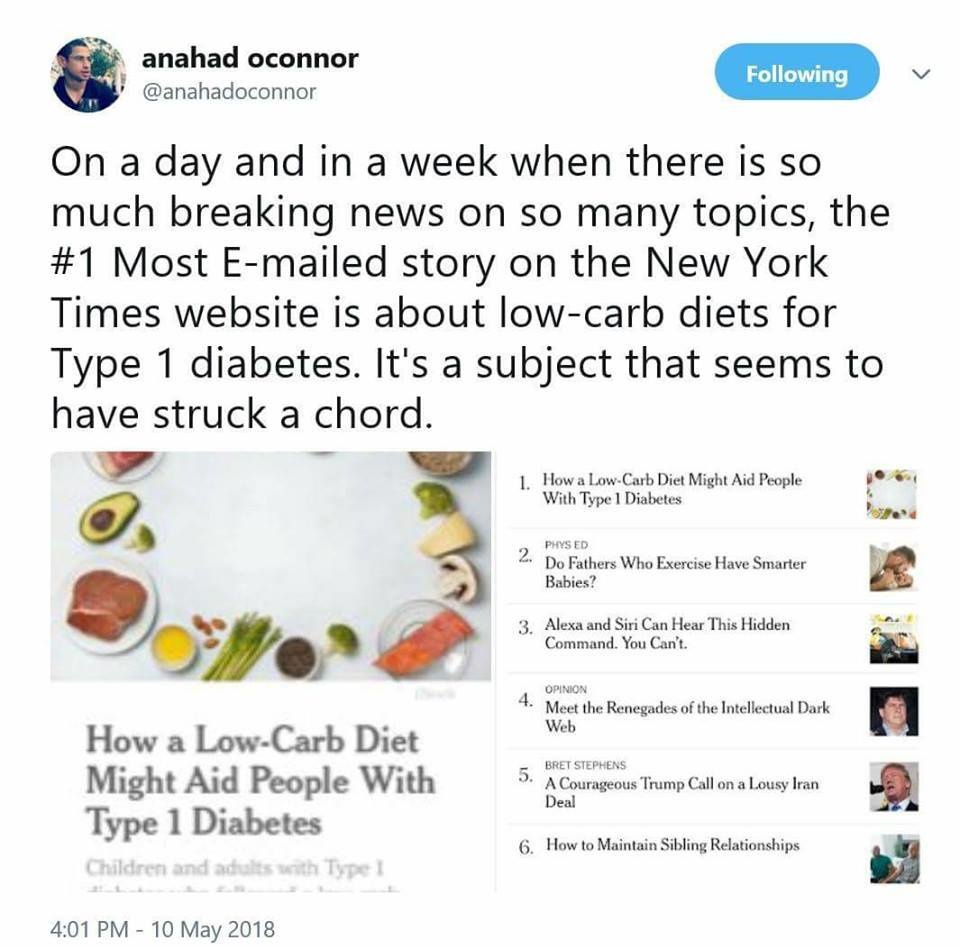 Despite the 'silence' from Diabetes and Dietitians Associations in Australia, world-wide the glass ceiling is starting to shatter and Low Carb nutrition interventions are being considered, as an adjunct to insulin, in the management of Type 1 diabetes. Anahad O'Connor says the topic has "struck a chord."

No doubt the millions of people that have followed low fat/high carb diabetes guidelines for decades, guidelines recommending carbs, carbs and more carbs then cover with insulin, have a lot to say!

How Low Can You Go?

Carly Runge and Joyce Lee publish a companion case study to the Type 1 Diabetes paper in the Pediatrics journal 'How low can you go? Does lower carb translate to lower blood glucose?'

They conclude "However, even if the therapy is determined to be efficacious, the uptake by patients and providers may be a barrier. The authors uniquely assessed the participants’ satisfaction with their diabetes management and care team with a focus on the VLCD. Interestingly, 27% of participants reported not discussing their VLCD with their provider, and only approximately one-half of those who did agreed that their providers were supportive. This finding reveals the need for improved communication and shared decision-making between the patient, caregiver, and provider regarding the overall management of T1D and the need for greater dialogue within the T1D community regarding dietary standards of care."

Guidelines ... what do they really mean?

Guidelines, by definition, should mean health recommendations that are flexible and certainly not a 'one-size-fits-all'.

Unfortunately, dietary and health guidelines have been shaped by vested interests and ideology, and as such, have become strict Rule-Books fiercely protected by Associations that partner with Food and Pharmaceutical Industries. Health professionals fear Regulation if they don't abide by the Rule-Books and patients suffer ...

The current Band-aiding of sick-care has been an abject failure, not just for patients but for health professionals ... for decades. There can be no joy found in this healthcare model.

Health professionals who question the "Rule-Books" are investigated by Regulatory Bodies and silenced ...

The deafening silence by health authorities in Australia ...

*NO more threats to report families to child protection services because they are using Low Carb to manage their child's Type One diabetes.

*No more threats to withhold prescriptions of insulin to families who choose to manage their children's Type One Diabetes with Low Carb principles.

AHPRA and the Tasmanian Health Service...

*NO more undermining of Gary's recommendations to patients to consider reducing sugar and processed carbohydrates. His advice will not harm, nor kill people!

Examples of the above threats re misinformation on Low Carb management of Type One Diabetes are included in my article Enough is Enough.

*The brain does NOT require 130grams of ingested carbohydrate to function.

*Nutritional ketosis is NOT ketoacidosis.

When did the Carbohydrate Restriction for diabetes management loosen?

"Before the discovery of insulin in 1921, the lives of children with type 1 diabetes mellitus (T1DM) were extended, sometimes for years, by severe carbohydrate restriction. After the advent of insulin treatment, the recommended carbohydrate intake was increased without clinical trial proof of superiority.

By the 1980s, a low-fat diet containing up to 60% of energy from carbohydrates became the standard of care."

Dr David Ludwig, one of the study's authors asks "Is the standard approach setting patients up for failure?" You may like to read this case study in Australia. 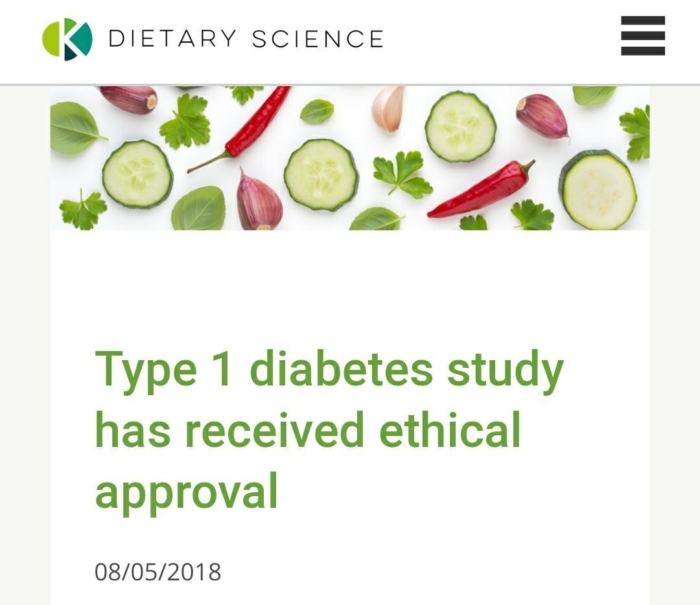 Well here it is! Low Carb management of Type 1 diabetes will be formally researched after receiving ethics approval and I cant wait to share the results when they are published.

The Dietary Science Foundation is a Swedish non-profit organization that raises funds for independent research. They claim that the research will be the largest and best designed study ever done on dietary intervention for Type 1 diabetes!

I cannot imagine how Dr. Richard K. Bernstein, MD is feeling right now, with his life's work finally being recognised.

"Diagnosed with type 1 diabetes in 1946 at the age of 12, Dr Bernstein never set out to be a doctor.

"The fact that Dr Bernstein is now 84, and still in excellent health, can be attributed to him originally training as an engineer. He focused on his disease as a problem to be solved and not a condition to be treated. In 1969, after following ADA guidelines for more than twenty years, Dr Bernstein had developed many of the debilitating complications of the disease...

"His sheer determination to solve the problem of diabetes led to his revolutionary method of blood glucose normalization." You can read more of his story here.

People with Type 1 diabetes, with Type 2 diabetes and with Gestational Diabetes, have a right to know that Low Carb, Higher Protein and Healthy Fats ARE an option in the management of diabetes and in fact, have the potential to produce "exquisite blood glucose control."

For everyone with diabetes (including kids) this means less insulin, less rollercoaster blood glucose and a reduced risk of long term diabetes complications.

When the guidelines reflect this understanding then health professionals can recommend reducing sugar and processed carbohydrates without fear of regulation ...

Carbohydrates are essentially glucose. You may be surprised to see how many teaspoons of glucose sugars bread, pasta, potato and rice actually contain.

If you would like to keep up to date with the latest science on Low Carb Healthy Fat principles please take a moment to sign up for my monthly #isupportgary newsletter.