Cholesterol - Why are we Testing?

Cholesterol is essential for our health

What is cholesterol? Cholesterol is actually a sterol (a combination of steroid and alcohol) and lipid (a type of fat).

Almost every cell in the body synthesizes cholesterol but the majority is produced in the liver.

The cholesterol in our diet comes mainly from eggs and from animal products that are rich in fat such as meats and full fat dairy foods. All foods from animals contain some cholesterol. Foods from plants do not contain any.

Cholesterol is essential for many of the body's metabolic processes. It helps make hormones like oestrogen, testosterone and adrenaline. It's used in the production of vitamin D and also in the production of bile acids, which help the body digest fat and absorb fat-soluble vitamins in the small intestine. Cholesterol also plays an important role in keeping the cell membranes fluid, so I am not sure why the medical profession continue to fear it!

Cholesterol is vital to life

Dr Zoe Harcombe wrote her PhD Thesis on an examination of the evidence for the introduction of dietary fat recommendations in 1977 and 1983. It was a systematic review and meta-analysis and she found that;- "It is virtually impossible to explain how vital cholesterol is to the human body."

My question to you is … if cholesterol is SO vital to our survival that our bodies make it, why on earth are the medical profession hell bent on lowering it?

In the book THE BIG FAT SURPRISE Why Butter, Meat & Cheese Belong in a Healthy Diet, Nina Teicholz shares her research as an investigative science journalist on why the past sixty years of the low-fat nutrition advice has "amounted to a vast uncontrolled experiment on the entire population, with disastrous consequences for our health."

Nina goes on to explain “What I found, incredibly, was not only that it was a mistake to restrict fat but also that our fear of the saturated fats in animal foods—butter, eggs, and meat - has never been based in solid science.”

The recently published PURE study published in the the Lancet, 29 August 2017, followed more than 135 000 people in 18 countries over 5 continents for seven years. They found that people who ate more carbohydrates died earlier while a higher intake of fat was linked to longer lives.

Have the Low Fat dietary guidelines simply become Rule-Books shaped by Vested Interests and Ideology, and fiercely protected by Associations and Regulatory Bodies?

What do Cholesterol Results even mean?

Cholesterol is a waxy fat molecule and as such, does not dissolve in water (or blood) so it needs to be transported through the blood by LDL and HDL lipoproteins. 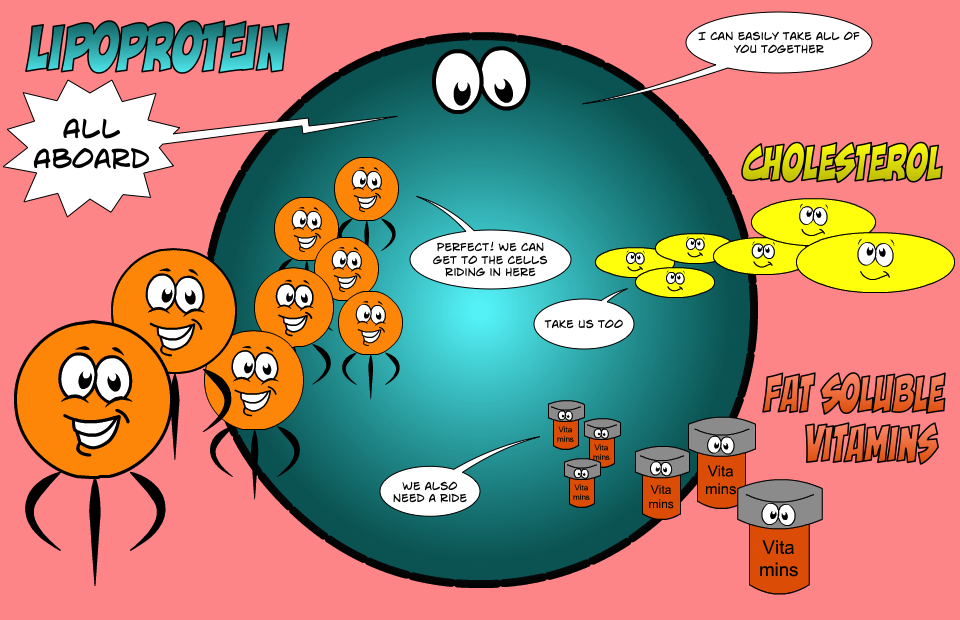 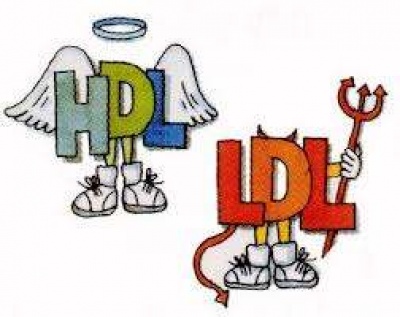 Lipid profiles change when you adopt Low Carbohydrate Healthy Fat principles. The most profound change is a significant reduction of small dense LDL particles. These are a by-product of fructose metabolism and are the dangerous-sized LDLs associated with cardiovascular disease.

Small dense LDLs are not directly measured with routine lipid testing, in fact, an elevated cholesterol level is probably meaningless in isolation.

The small dense LDLs are indirectly measured by the Triglyceride level. A number of 0.8 or less is indicative of no small dense LDLs in circulation. This is the cheapest method of assessing progress following LCHF principles.

Fat transport and mobilisation occurs on a lower carbohydrate diet. This increased fat utilisation means more ‘fluffy’ LDL particles are in action and therefore the overall cholesterol and LDL-C numbers may rise. This is not a concern.

The HDL levels generally rise which is an indicator of a healthy cardiovascular clearing system. If concerns are raised regarding standard lipid profiles then other tests are available. The definitive one is a Lipid Subfraction Analysis. It will define exact lipoprotein levels in a spectral analysis. Patients can expect to see a major reduction in the small particle zones 5, 6 and 7 (the small dense ‘bad cholesterol’ particles.)

There is generally a rise in the large fluffy transport LDLs in zone 1 and 2 (because the fat is now being mobilized as a fuel source). HDL numbers are generally high and this will be reflected in a ‘low risk’ summary report.

*The SAN Pathology perform the Lipid Subfraction Analysis in Australia. All pathology labs can forward the test onto them.  SAN Pathology, 185 Fox Valley Road, Wahroonga NSW 2076

What to expect when you go Low Carb 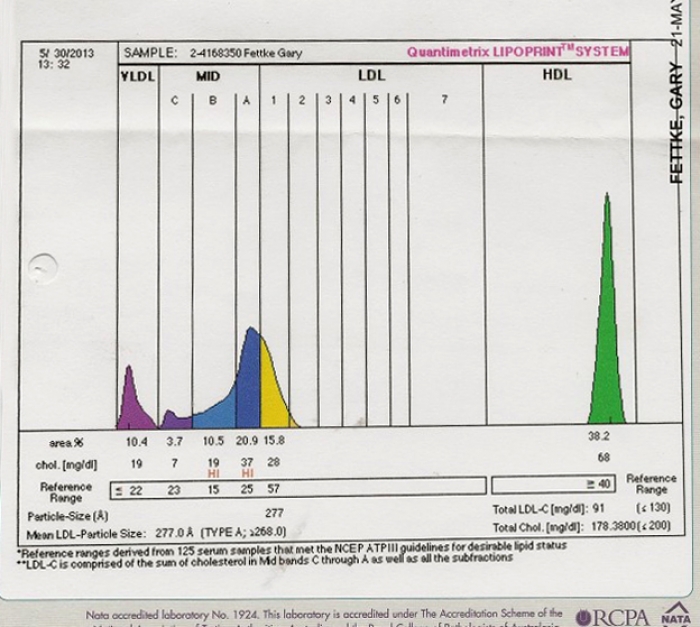 Please feel free to download the PDF of What to expect when you adopt Low Carbohydrate Healthy Fat principles.

The PDF outlines information in a printable format explaining what to expect when you adopt Low Carbohydrate Healthy Fat principles, including the reason you need to increase salt in your diet and why your overall cholesterol, and LDL-C numbers may rise but are not a concern.

Associate Professor Ken Sikaris, has spoken at many of the Low Carb Down Under meetings. In this presentation he talks about blood tests to assess Cardiovascular Risk and here he talks about Cholesterol and when to worry.
Both are well worth watching :-)