Help be a voice for LCHF after Gary is silenced

The last couple of years have become a fascinating journey for Gary and I as we have delved into the history and evolution of the Dietary Guidelines and observed how the 'guidelines' have evolved from a framework to become 'strict rules' that are fiercely guarded.

Gary, and others, who have spoken up on the benefits of reducing sugar and processed carbohydrates in our diet, and reintroducing healthy saturated fats have been reported to their regulatory bodies and ended up involved in lengthy investigations. 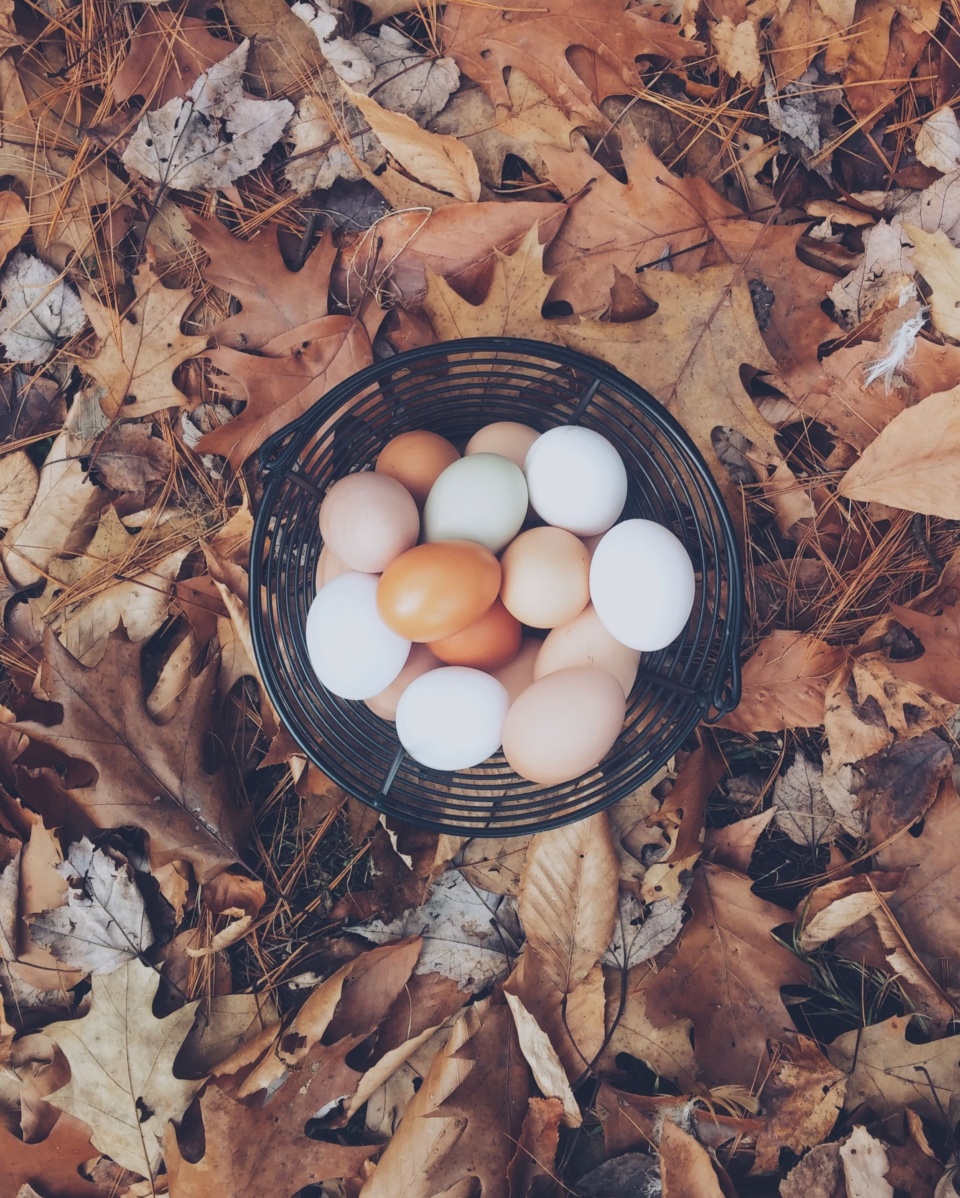 At the time of being reported in May 2014, Gary was recommending to patients presenting with obesity, weight-related joint issues, chronic metabolic disease and the complications of diabetes, that they consider reducing sugar and processed carbohydrates and reintroduce healthy natural fats back into their diet.

I am so proud of Gary and think he is amazing in my world but 4 years ago when he started copping flak he was only a small fish in the big sea.

I continually asked myself, “Why” would an Orthopaedic Surgeon in Northern Tasmania, with a population catchment area of about 120,000 people and at the time of being reported - approximately 5,000 followers on his No Fructose Facebook page, be subjected to such an extensive investigation by AHPRA over an alleged vexatious notification from a dietitian, with NO case of patient harm?

Why was recommending LCHF considered to be so dangerous, when the current science was backing Gary’s advice? 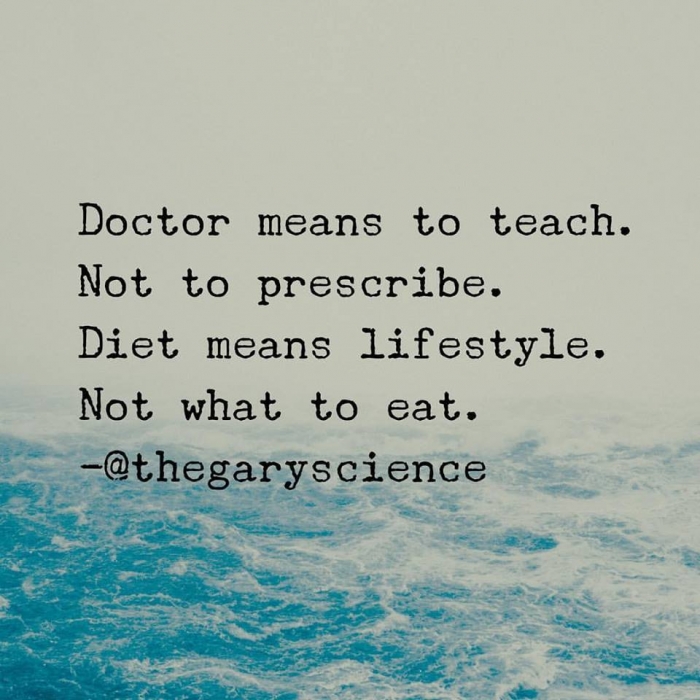 Why would a doctor wanting people to consider “food as medicine” be investigated at all? In fact, he was improving health outcomes.

We questioned not only the length of time of the investigation, but also wondered why AHPRA chose to call in the expert opinion of the most highly regarded Emeritus Professors on the topic of Nutrition in the South-East Asia and Pacific Region. Professor Mark Wahlqvist, based in Taiwan, became the expert witness in Gary’s case. He was asked to comment on whether he thought Gary, as an Orthopaedic Surgeon in Tasmania, was ‘qualified to talk about nutrition’.

Professor Mark Wahlqvist never met with Gary. He never sat down with him for a chat to assess what he knew about biochemistry and physiology. Professor Wahlqvist commented that “in his opinion it would be unusual for an Orthopaedic Surgeon to have this knowledge”. 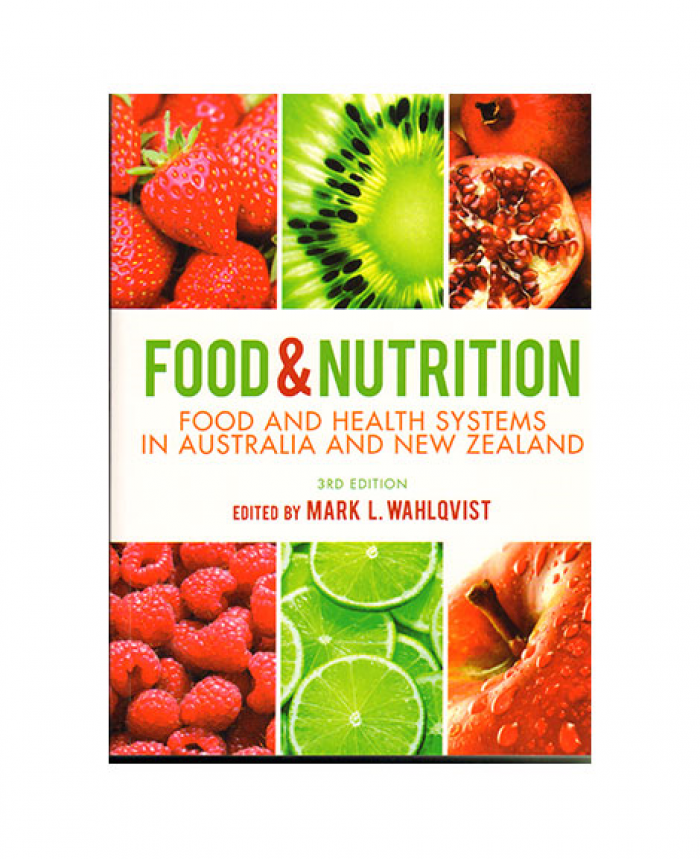 We bought a copy of Professor Mark Wahlqvist's Food & Nutrition textbook which is used by Nutrition Students at the University of Tasmania and also by the Seventh-day Adventist Church for their Health Ministry Training Course (22144VIC Certificate IV in Presenting Community Health Education Programs) to see if it was Vegetarian. As there were only 4 references to red meat in the index, 1 of them being an association with Mad Cow Disease, we believe it is a perfect textbook for vegetarians.

Professor Mark Wahlqvist has also worked for Sanitarium Health and Wellbeing Compnay, an Australian wholly owned Seventh-day Adventist cereal/processed food company at their Sanctuary Sanitarium Health and Wellbeing Village in Pyrmont, Sydney. I do not have any issue with anyone's lifestyle choices and I respect individual religious beliefs. My issue here, is that an Expert Witness, an Emeritus Professor of Nutrition in the South-East Asia and Pacific Region with a vegetarian ideology/bias, has been used as an expert witness in a case against my husband and he has NOT declared his Conflict of Interest. If he has, then AHPRA are even more corrupt than I thought! 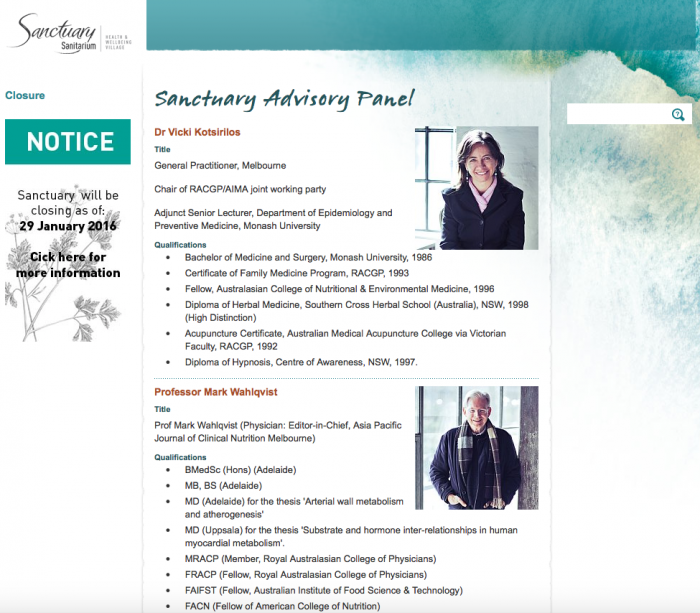 Despite highlighting these alleged Conflicts of Interest in Gary's case, the Medical Board of AHPRA told Gary in his final ruling 'we believe Professor Mark Wahlqvist, not you'...

How can AHPRA 'silence' Gary when they have allowed an expert witness, whom we have shown to have a biased and personal conflict of interest, to provide a personal opinion on the 'nutrition science' against the Low Carbohydrate Healthy Fat principles Gary is advocating?

AHPRA is meant to protect the public, yet has been used by many to silence those that speak out for reform. Gary has not had a single case of patient harm identified in 2 1/2 years of investigation, but the ‘goal posts’ in his investigation kept changing. Vexatious complaints keep coming, but not from patients.