ABC's 4 Corners program has been investigating sugar, politics and what's making us fat and the influence of the food industry on the Australian Dietary Guidelines and policy.

Special thanks to Ivor Cummins for editing a short clip from one of Gary's appearances during the 45 minute program, which I have embedded below.

"Despite doctors’ calls for urgent action, there’s been fierce resistance by the industry to measures aimed at changing what we eat and drink, like the proposed introduction of a sugar tax."

They interviewed Gary as he is the only doctor in Australia who has been banned, for life, from recommending that his patients with complications of Type 2 Diabetes reduce their sugar intake.

Gary has also been outspoken on the issue of junk food in hospitals. An environment he believes should be sending supportive health messages to patients and the wider community, not selling sugary drinks and serving up to 3 desserts per day to people with diabetes.

During Gary's interview with Michael Brissenden he was asked his thoughts on a Sugar Tax in Australia. Gary replied that he doesn't mind if sugar is taxed even 0.1% because in his mind, the simple act of taxing means it becomes an acknowledgement by the government that sugar is causing harm. 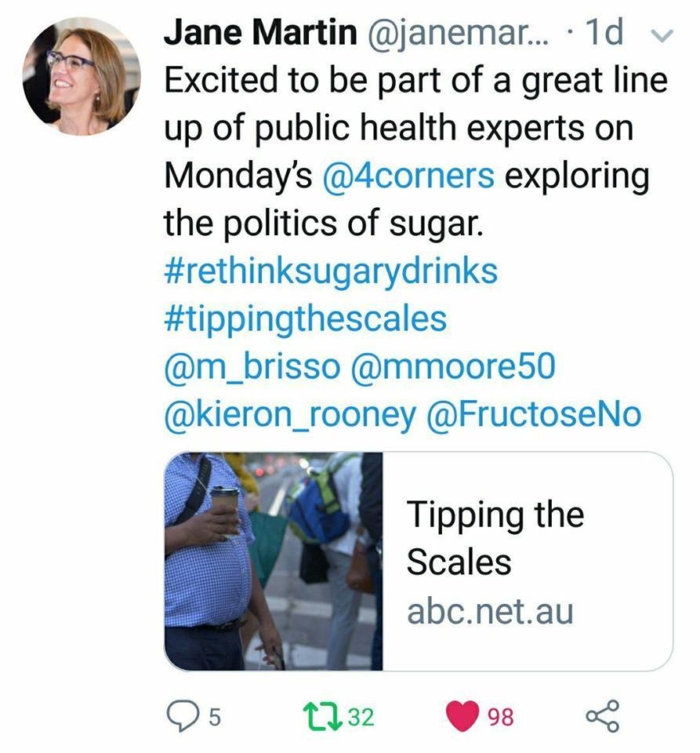 Low Carb dietitian, Feng-Yuan Liu Metro Dietetics in Victoria, was also interviewed. Her comment "Putting it all on the line, we chat candidly with Michael about what we believe, and the change we desperately need to actually improve the health of Australians." sums it up perfectly. I am so inspired by this young woman and her courage to stand up, like Gary, for what she believes in, determined to improve health outcomes for her clients and the wider community. 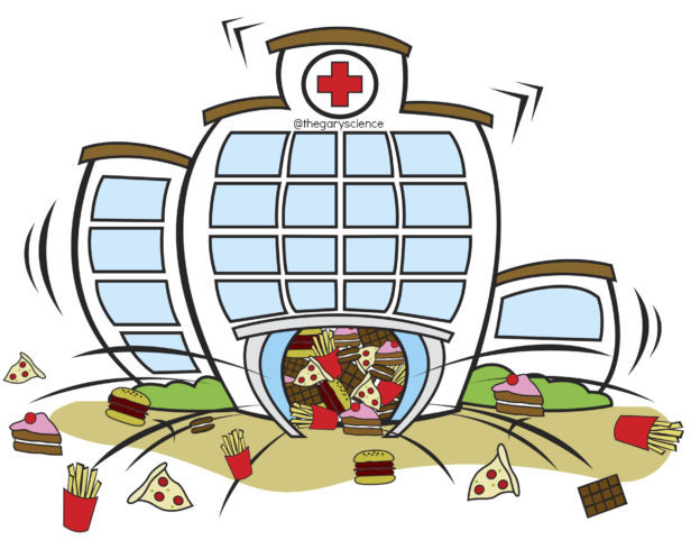 Gary began by questioning the harms of sugar 8 years ago and he has been advocating the need to reduce sugary drinks and junk food in hospitals for at least 6 years. He has been punished for raising issues of Quality Assurance and Patient Safety. You can read Gary's full story here.

I am aware that the AMA (Australian Medical Association) support a Sugar Tax and were interviewed for the program.

The Dietitians Association of Australia (DAA) posted on their website that they too, were involved. Their Public Announcements page lists topics that were covered in their interview with the 4 Corners program including; 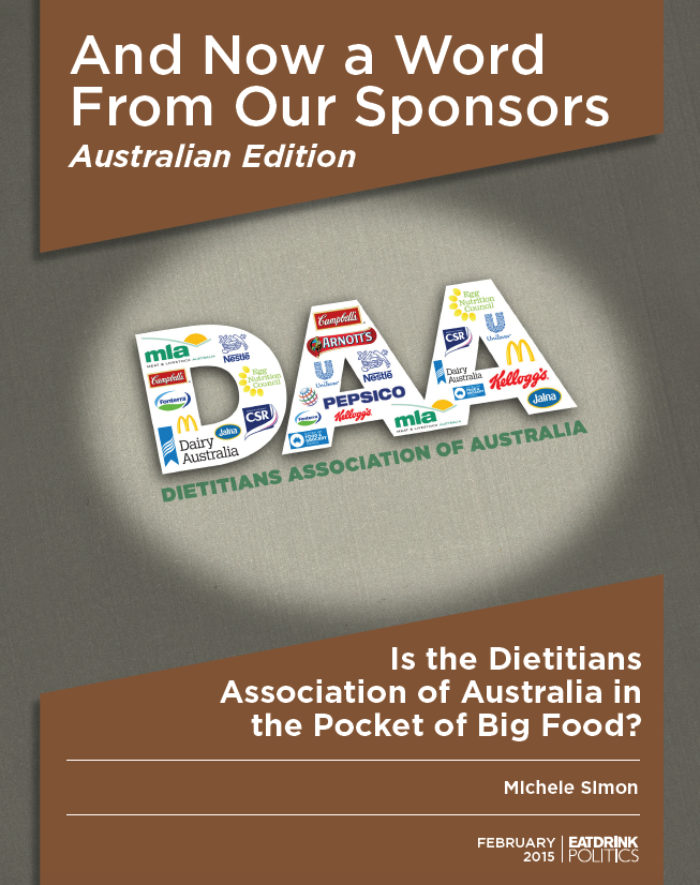 *The role of sugar in obesity

*The suitability and effectiveness of the Australian Dietary Guidelines

*The role of dietitians working within the food industry

*An issue at the Launceston General Hospital in 2013-14

*The regulation of dietetic practitioners.

The President of the DAA appears to be a little rattled by the experience.

Gary took it in his stride. He has been speaking publicly on this topic for years. He is passionate about preventative healthcare and empowering people to take back control of their health. Reducing sugar is now part of the World Health Organisation's recommendations. Gary 'crime' is that he started talking about it too soon.

Gary was reported by a hospital dietitian to the Australian Health Practitioner Regulation Agency's Medical Board of Tasmania in 2014. He was investigated for 2 1/2 years for recommending that his patients with Type 2 Diabetes reduce their sugar consumption. 2 letters from the Dietitians Association of Australia accompanied the 845 page AHPRA submission by the Tasmanian Health System effectively demanding that Gary be 'Silenced' ... and he was.

They may 'silence' the messenger but they can't silence the message. Let's see how 4 Corners handles Gary's part in this story on Monday night.