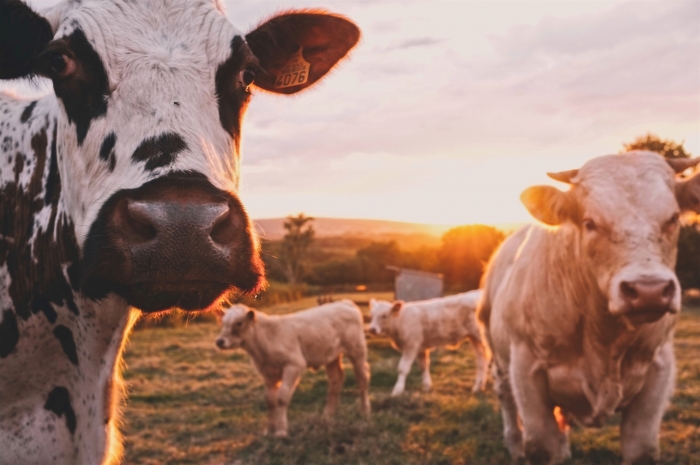 AHPRA (the Australian Health Practitioner Regulation Agency) pursued a two-and-a-half year investigation into Gary’s qualifications as a medical doctor after receiving a vexatious notification by an anonymous dietitian in Tasmania, Australia. The investigation, behind closed doors, questioned his ability to give nutritional advice and to speak on the science of what we eat and its central role in our health. AHPRA came down with their final ruling 'silencing' Gary, two hours after he presented at a Senate Inquiry in 2016.

If a health professional in Tasmania can be silenced for recommending LCHF the ONLY explanation is that the Australian Dietary Guidelines are Vegetarian. If you don’t believe me, have a listen to the Dietitians Association of Australia who repeatedly promote the health-washing mantra of the ‘plant-based, wholegrain diet’ rule book.

How the Vegetarian Dietary Guidelines Evolved

Gary's Talk on 'The Role of Nutrition in Everything' is here.

The nutrition advice we have received over the last 100 years has become more and more cereal and grain based, but food graphics from the 1940's and 1950's showed that animal protein still had its place in our overall diet.

The belief that we must have cereal has been there since the beginning of our dietary guidelines. Nobody has dared to question the non-essential grains. It makes you wonder how they got there in the first place?

Whole grains are the sacred cow of nutrition! 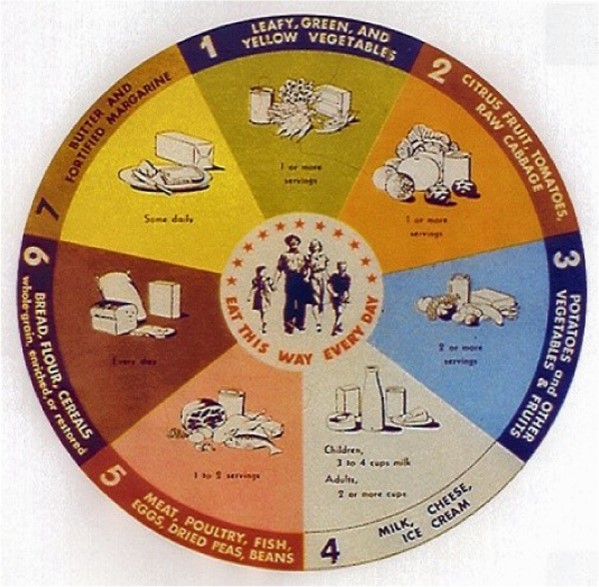 By 1992, the Food Pyramid that many of us grew up with, reflected the demonisation of saturated fat products from meat and dairy and the importance of cereals and grains. 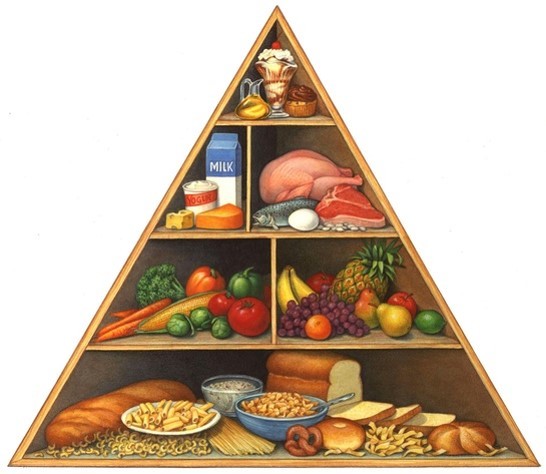 Now, nearly everything in the Australian Dietary Guidelines 2013 (pictured below) is processed and 'plant-based' with wording encouraging us to choose 'meat alternatives' and 'dairy alternatives' over meat and dairy. 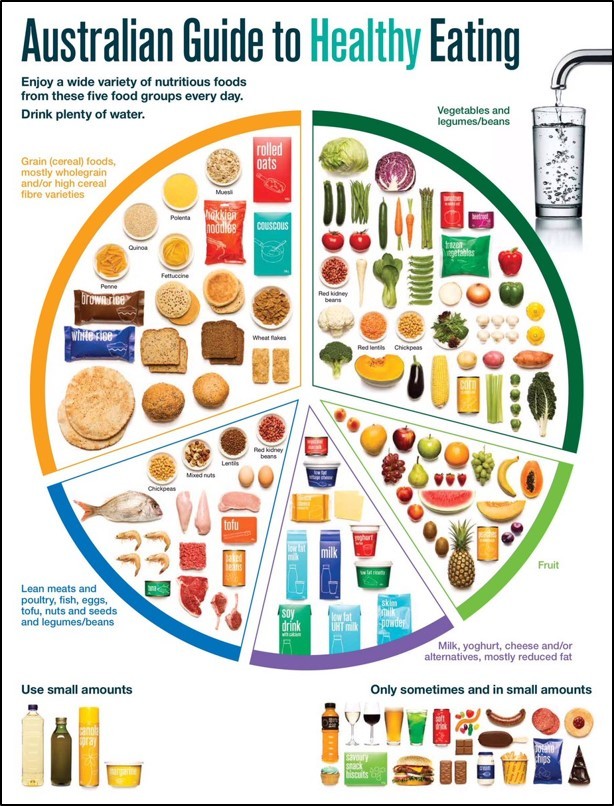 While you might argue that red meat is sitting quietly down the bottom of the guide, I can assure you that if you are a health professional you must tell people, if they eat meat it has to be 'lean meat' and not too much, in fact, "Flexitarian" is a great way to start reducing meat consumption, according to DAA spokespeople in the media.

"Meatless Mondays" have become part of the relentless propaganda pitched at the Australian Public, along with guilt-tripping messages suggesting that if we eat meat, we are harming the Planet and the Environment, which simply isn't true...

What is harming the environment is large commercial agricultural practices and the processed food industry. Growing grains and mono-cultures to feed people and animals is not sustainable, nor is it healthy.

There is overwhelming evidence that our dietary guidelines have become increasingly Vegetarian over the last 30 years.

The latest MyPlate.gov in America doesn't even mention the word 'meat' ... 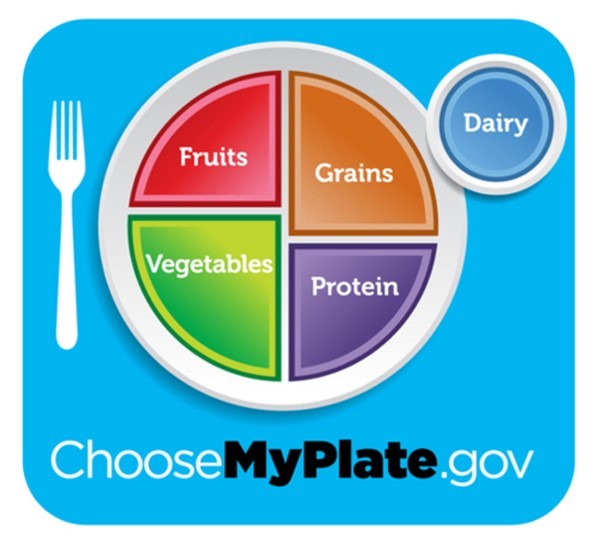 'Plant-based' nutrition is fiercely defended by health-washed professionals, vested interests and a vegetarian ideology. Health professionals who have come to understand the health benefits of Low Carbohydrate Healthy Fat principles have to be brave to speak out, because they are breaking the 'nutrition law'.

How did our dietary guidelines become vegetarian? 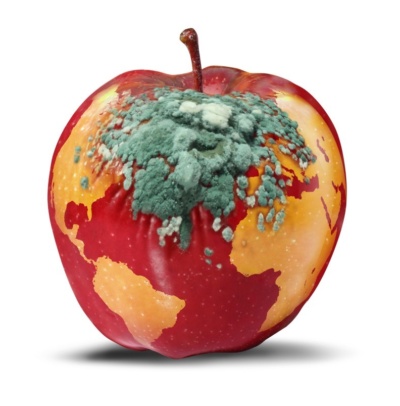 Could it possibly be that the advice we have been given, and following, is a total health, economic and environmental disaster?

That the advice we have followed might be well intentioned, but it is wrong?

Let's take a closer look at our dietary guidelines and more importantly, where have they come from?

Gary's Talk on 'The Role of Nutrition in Everything'.